During a recent tidy up in the Museum store, we discovered an old sign that seemed to deserve display.  It dates back to the early days of the Museum where it can be seen in the photograph below. 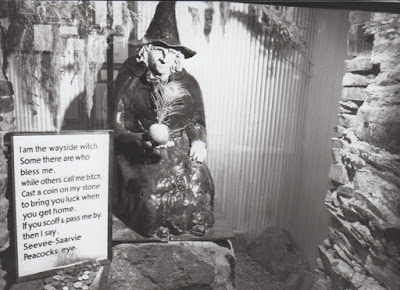 There wasn't really an appropriate place for it in the Museum itself but we have found a spot for it in the library upstairs along with some other old Museum signs. 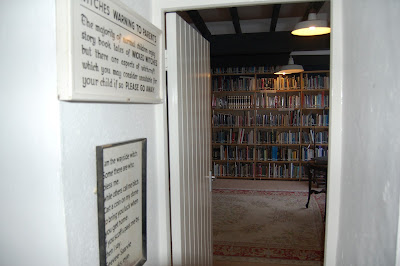 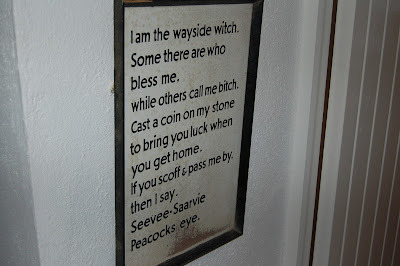 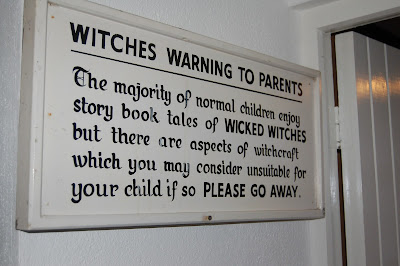 Two photos of the same picture.  Top photo: as it was originally used in the window display and bottom photo: as it is displayed today in the library. 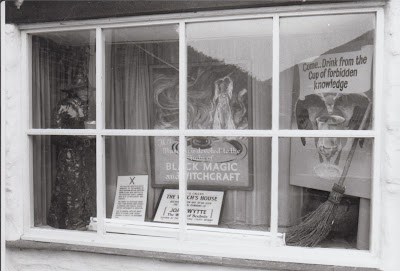 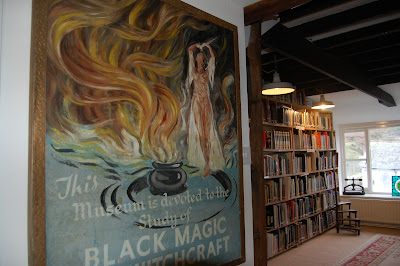 The library houses over 7000 items including books, journals, DVDs and CDs relating to magic, folklore, witchcraft and the occult.  It can be visited throughout the year by prior appointment.

Posted by Museum of Witchcraft at 12:07 pm

Wow, so glad that they've found a home in the library area! Particularly love the wording of the warning sign with typical Williamson sharpness to it!